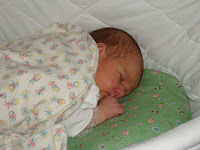 I'm a Babywise mom.  Did I tell you that before?  I am. I believe in the concept of sleep training, even though it is a phrase that is 'out of vogue' in mainstream conversations.  I believe that its okay to allow a baby to fuss for a little while as she falls asleep.  I believe that giving her that time allows her the chance to figure out how to put herself to sleep.  And I believe this is one of the most important gifts you can give your child.  A very wise doctor told my mom about the "20 Minute Rule," when her first (my big brother) was 6 weeks old.  She used it for all 5 of us.  And it still works.  I call it "20 Minutes of Grace." 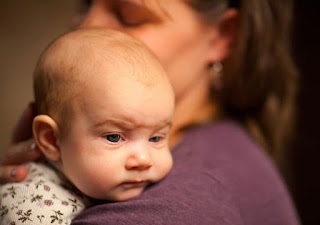 So here's what "20 Minutes of Grace" looked like in our house.  If Smooch was in need of sleep -- acting tired, fussy, etc -- I would make sure that she had a clean diaper, and that she had been fed recently, then I would put her down for her nap or bedtime  awake, but drowsy, on her tummy.  Then I'd close the door and if she started fussing, I'd set the timer for 20 minutes.  And I'd spend that time praying for her, praying for me, thanking God for his grace.
And I'd keep an attentive ear to her cries.  Most of the time, there would be a mild escalation of fussing, followed by silence, then a little fussing, then maybe repeat the cycle a few times.  If it changed, if it became a frantic cry, then I would go in, pat her on the back and tell her I loved her, help her to calm down (without picking her up if possible), then go back out, and reset the timer for 20 minutes.  If she made it to the end of the 20 minutes and was still fighting, then I would go back in and reassess the situation.  Did her diaper need changing?  Was she warm enough, too warm?  How long had it been since she ate?  If I determined there was a problem, after correcting it, we'd start the process again.  Sometimes a little snuggle and her 'goodnight' song ("Jesus Loves Me") would be all she needed to settle down and go to sleep.  But honestly, there were not very many times when she ever made it past the 20 minute mark.


I've had more than one person question me directly about this method, including members of my extended family.  I even had one woman tell me, in a very accusing tone of voice, that she had tried to let her child cry, but that it "went against every motherly instinct."  Wow. Talk about a condemnation. 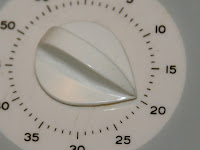 But here's the thing.  A baby's only way to communicate with her parents is through crying.  So parents learn to differentiate her cries.  Her cry for food is different than her cry for attention, which is different from her cry for a diaper change.  And as loving parents, you attend to her cries.  When she cries because she's hungry,  you feed her.  When she cries because she has a dirty diaper, you change her.  When she cries because she wants attention, you love on her.  But when she cries because she's tired and wants to sleep, what do most people tend to do?  You bounce her and rock her and walk around with her and talk to her and sing to her or put on music, and generally continue to stimulate her.  Why do we do this?  I think it is because we have in our heads (for better or worse) that when a baby cries, it means something is wrong.  Something is wrong, and as her parent, we have to fix it.  But sometimes, a baby just needs to unwind, to decompress.  And by continuing to stimulate her, we are not giving her that opportunity. 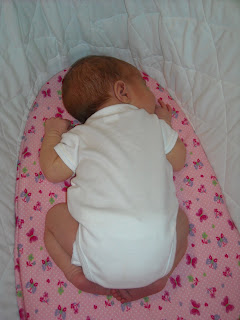 Think about it this way:  Think about the night that you are out late, watching a thrilling movie, where the special effects are incredible, the soundtrack moving, the characters totally engaging.   You've got a busy schedule tomorrow, and its already pretty late, so you want to go to bed.  If you were to come home and immediately lay down in your bed, would you go to sleep the moment your head hit the pillow?  No!  You mind would still be racing from the excitement of the movie and you would need some time to decompress.  You might read a book, or have a cup of tea, or check your email, or something else that requires little thought.  So why do we demand this of our babies?  They have been inundated with visual, audio, and tactile stimulation through the day, and cannot simply 'shut off' when Mommy says its time for sleep.  So giving them 20 minutes to work through it is a very kind gesture.

I was asked by a well-meaning individual if I'd heard of the Attachment Theory (also known as Attachment Parenting), to which I replied, "Yes, I'm an educator.  I got all that in University."  But that doesn't mean I agree with it.  Smooch was NEVER left unattended.  Allowing her to fuss for 20 minutes is not the same as letting a child cry unattended for 'however long it takes for her to give up' -- which could, in fact, lead to a child having attachment issues.

If you're not familiar with the Attachment Theory, here is a very broad take on it:  The first 6 months of a child's life are extremely formative, particularly relationally.  If a child's cries are not attended to, the child learns that he cannot communicate his felt needs, therefore he does not learn to trust his caregivers, which leads to attachment issues later in childhood.  And I would, for the most part, agree with this theory.  However, the way most people interpret this is more along the lines of, "if a child's cries are not attended to immediately" ... ... then he will have attachment issues.  That's the part I don't buy into. 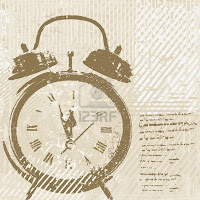 I see so many people jumping the moment their baby so much as squeaks, trying to determine what could possibly be wrong, and frankly, its exhausting to watch.  And what happens as the child grows, and gets past the 6 month mark?  Parents try then to teach a child how to sleep on her own, and now this child is thoroughly confused.  For the first 6 months of her life, she has been rocked, and coddled, and fed, and (you name it) to go to sleep, and if she wakes, she is rocked and fed and (fill in the blank) to go back to sleep.  Suddenly, all that changes?!?  I think this is a much bigger shock to the system than allowing it to happen from the beginning before habits have been formed.  Or, it doesn't change, and the exhausted parents continue this fragile dance for the next 2 to 3 years.

Either way, it seems like a lot more work, and exhaustion, than what I did. 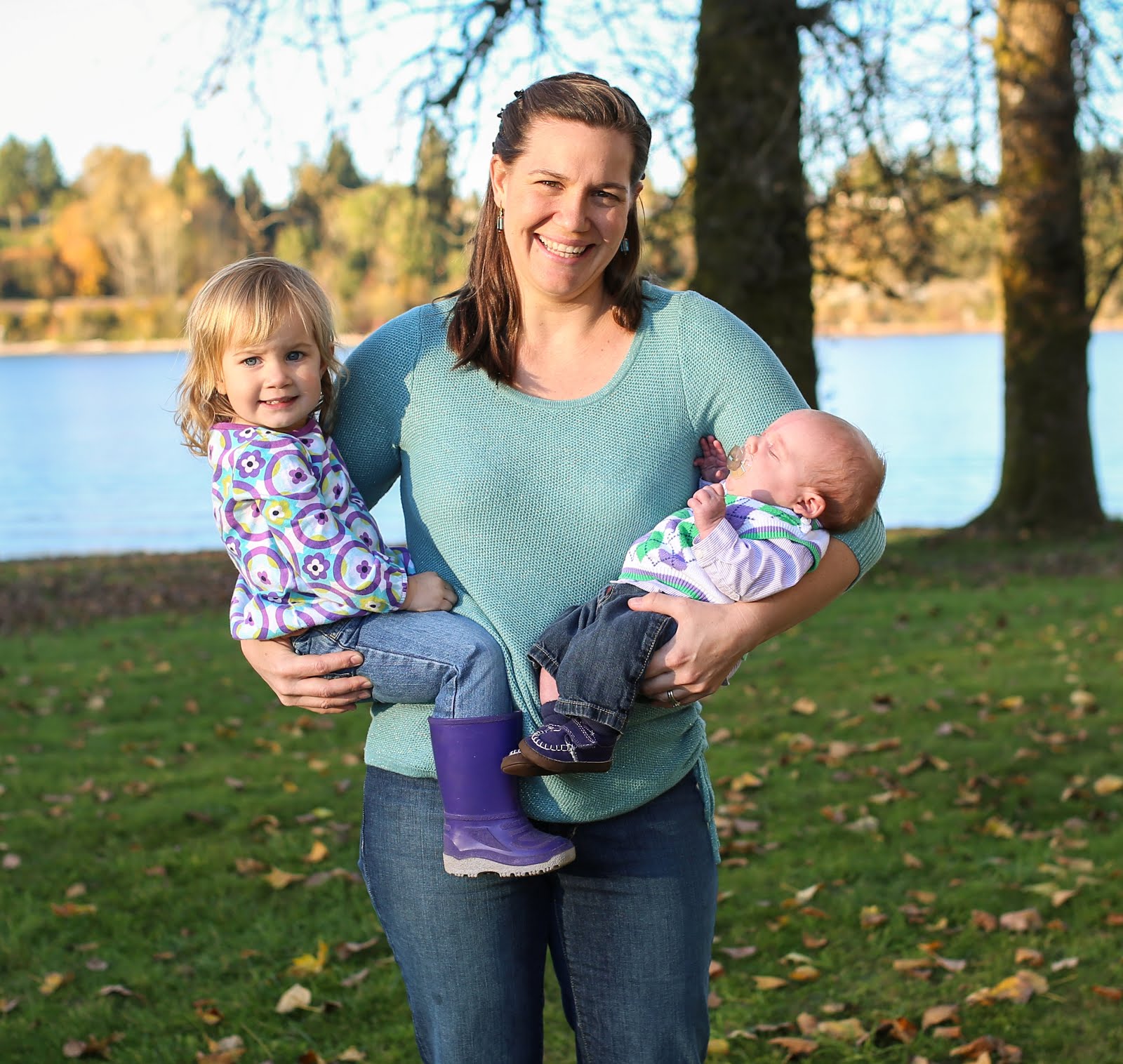